As class for girls selected under Girl Empowerment Mission is being run for two hours from 2PM every day, I reached VEWA club at 2.30PM. There was silence in the hall. When I opened classroom, I found a bag kept on a chair. I guessed some students might have come. Then a girl turned up. When I inquired, I found class has been rescheduled from 3PM. I just called Richa Singh, the volunteer and tutor and inquired about the incidence. She told that she had personally called all the girls and communicated new timings. She might have come mistakenly, as she had been absenting for a few days from classes.

Then, I again visited the center and instructed to follow rules for safety purposes. During conversation, Richa Singh shared the story of a girl who used to come from Bargawan. One day she became late in the school, the guard stopped her entering inside school campus. She just came to VEWA club and waited for whole day for remedial classes. That was also the day of examination and hence she missed the examination also.

We instructed girls to communicate such things to Richa or Rachana to handle the situation. If things would not get resolved, the matter may be communicated to me or Anjana Mam.

2. Two girls are coming from Jayant. On Sundays, they are not allowed to enter inside the township from the gate near to Jayant (….). There is requirement of taking permission from concerned authorities (Kamna Mam may be consulted), so that they may be allowed to come in the campus for the classes. 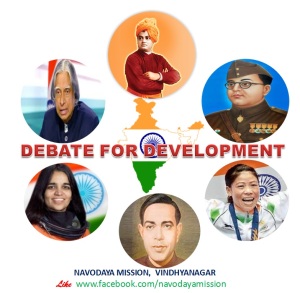 To help each other and contribute positively in society. Volunteer for All.

Hope for Tribal Population of Sonbhadra

Stories from the grassroots | Thoughts on development | Lessons on leadership

Come together to help each other

To help each other and contribute positively in society (Navodaya Mission)